Langley isolates and appropriates skies from Romantic landscape paintings, the go-to source for images depicting the sublime. While historically representing both sincere feelings of awe and powerlessness, these paintings ushered in the ultimate confrontation and domination over nature. Langley merges these references with Hubble telescope images to reflect on the ambition to make known that which is unknown. These representational images have been obscured in some instances by abstract strategies which reference Malevich’s “Black Square,” Arp’s torn paper collages, and Abstract Expressionist marks.

In contrast to the still images, a video installation (“Flat Screens I-III”), depicts three seasonal wreaths which have been reanimated, as if they were blown by a natural wind. The wreath is an ancient symbol, used as a entrance to a spiritual realm. Within the central area of each wreath is a digital version of a Romantic sky in motion, each one becoming progressively more celestial and less representational. Through pairing photographic images of synthetic “natural” objects with skies appropriated directly from screen savers, she has complicated the notion of what is real. The looping skies cycle through, as if there is no end to this wonder.

“Shift Command,” the lone figure within this exhibition, acts as both a reflection of something seen and a frame for the viewer to look through. This collaged image is constructed of a colorful gradient in the shape of two sunglass lenses.  Again, Langley repeats the use of a screen saver, capturing the image directly from “Flat Screen III,” to portray both a clear sunset and a color field. This image is obscured again by clunky, painted marks, further distorting and disrupting this vision.

A void is a hole, an empty space, darkness, an absence. It is unknown and vacant.  Langley’s works are contemplative, yet there is wry acceptance of the two-dimensionality of her images. Where there are familiar visions of heaven, from the scientific to the imagined, the window is either closed or opened further by the flatness contained within each composition. The screen saver motif reminds viewers of the falseness of the frame, and the frustrated images belie the representation of the unknown. 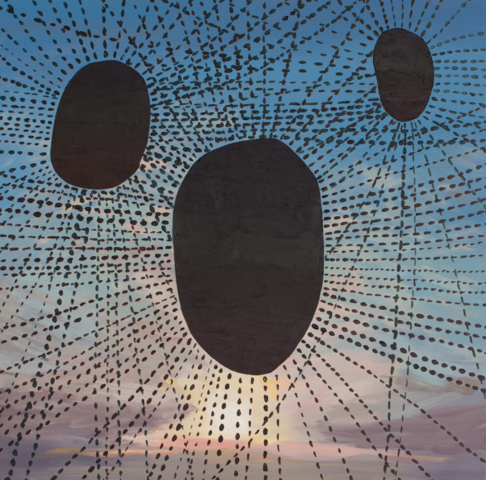 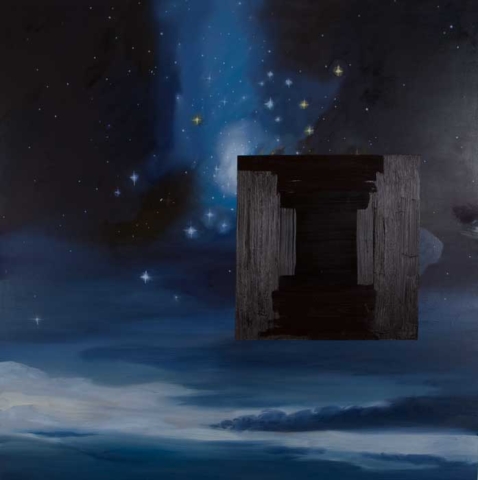 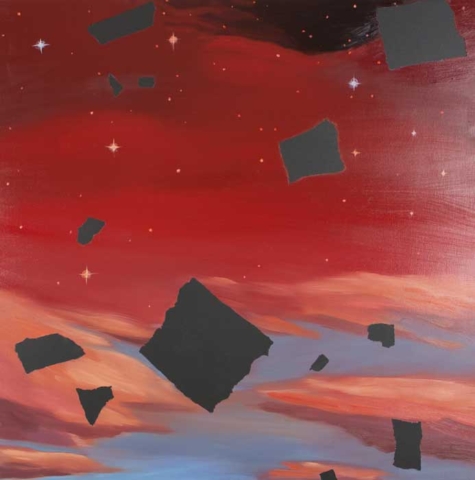 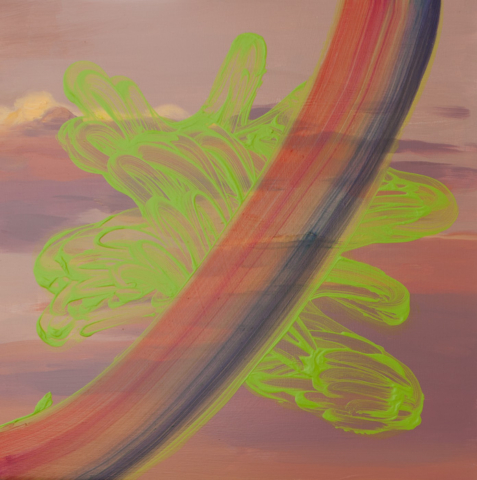 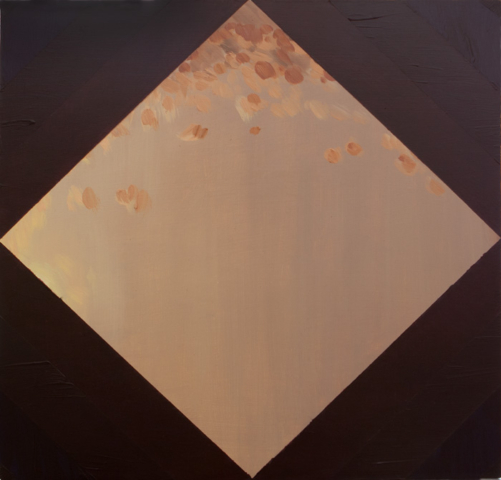 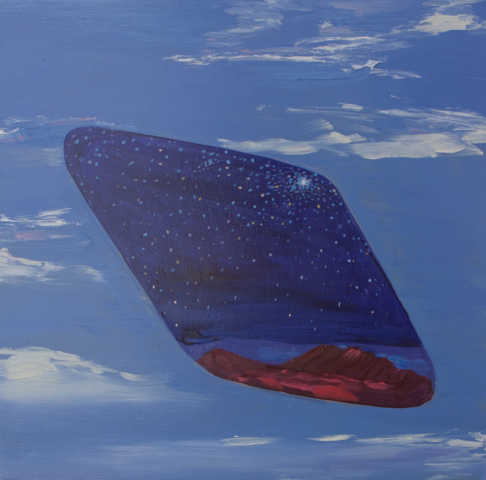 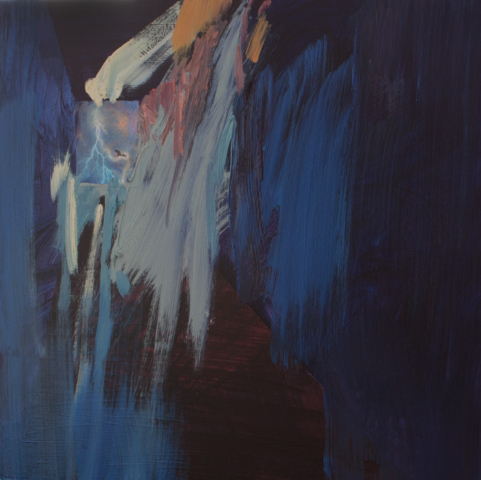 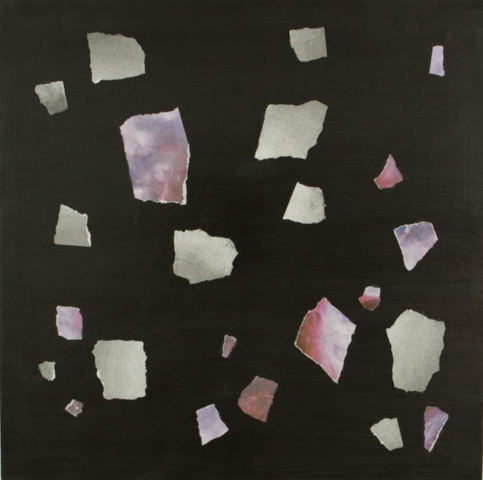 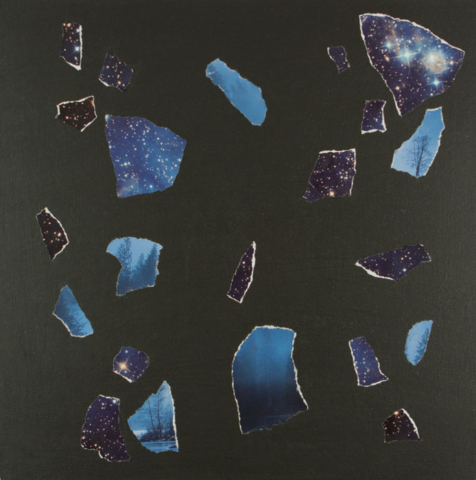 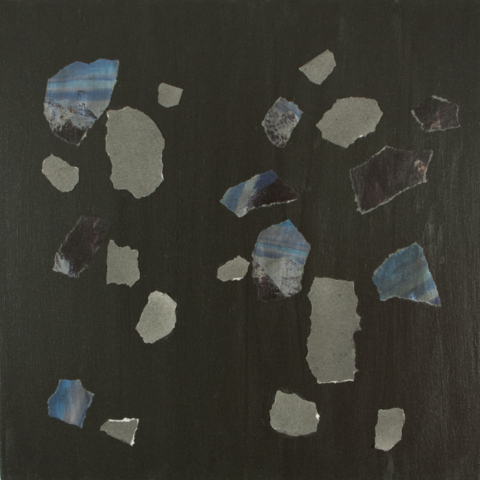 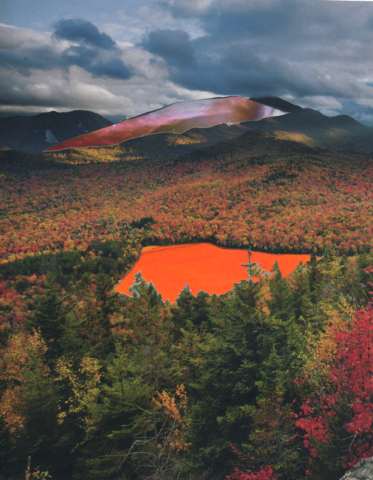 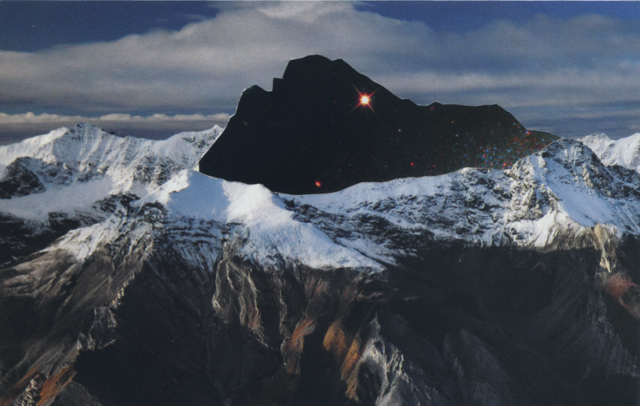 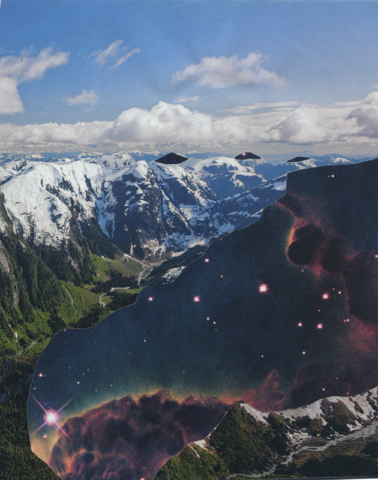 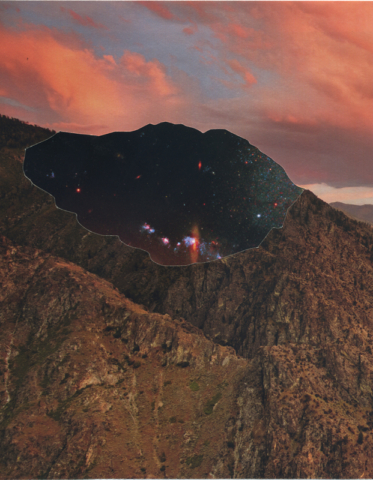