Portfolio application for Assistant Professor of Drawing and Painting at RMCAD

In the body of work titled “Is-ness” I am working with handmade paper, fresco, painting and collage. The title, “Is–ness,” refers to the psychedelic experience of seeing the inter-connectedness and “intrinsic significance” of all things that Aldous Huxley described in Doors of Perception. The collages combine gouache, watercolor and ink on handmade paper from saprobic fungi which has been cast onto up-cycled scraps of polystyrene.  The frescos are layered onto cast mushroom-based, compostable “foam.” These are shaped into facial expressions in reference to a “feelings chart” seen in an emotional therapy setting. I am painting lines onto the surface of the fresco to give ambiguity to the expressions. The paintings reference the process of wandering, foraging, and paying close attention, as well as networks, doodles, and systems. By juxtaposing these disparate materials – the structural, the decorative, the natural, and the unnatural – I am creating a dichotomy of form which can cognitively embody the experience of “Is-ness,” offering a small symbol of hope in an otherwise hopeless climate crisis. 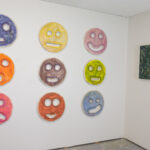 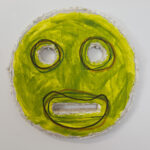 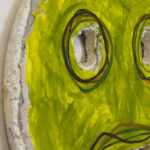 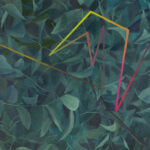 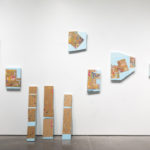 All works are sunprints using sun-sensitive dye on handmade paper created from a combination of fungi.

“Saprophytes” was made during a residency at Hilsbach Kunst Kultur in July 2017 and featured in an exhibition titled “By Cooling Shade.” This handmade paper is made from polypore mushrooms found in forests near Hilsbach and Berlin. I am using text along with weeds, plants, flowers, and other organic material found near Hilsbach to create an image which causes friction between the text and materials used. The words are pulled from a forestry terminology, but in English they have double meanings. The words are related to the cultivation, control, and commodification of the forest. At play are handmade processes, human understanding, and capitalist substructure. 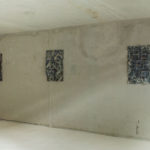 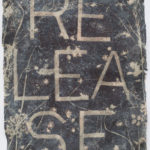 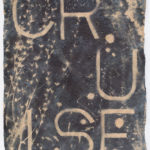 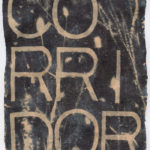 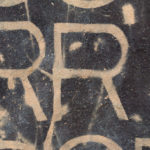 “Possible Object: debris” references the missing Malaysian Airlines flight MH370. This installation combines Google Maps Satellite images of the Indian Ocean with diagrammatical imagery used in conjunction with the search for the missing plane. This work is a metaphor for the Indian Ocean once again being a sight of exploration and a symbol of the unknown.The drawings in the installation use black ink, reflective material and digital prints to create a variable gathering of information. I combine simple abstract shapes derived from seemingly objective representations (graphs, charts, etc) to create a highly fragmented depiction of a place. The colorful objects are small pieces of fresco on styrofoam. The colors are derived from images of the Indian Ocean collected within the framework of the search and the shapes refer to the searched areas. These are meant to exist simultaneously as representations of place and an abstraction of this event. 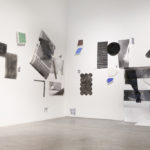 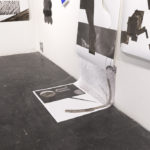 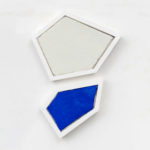 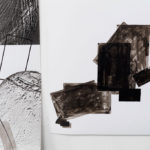 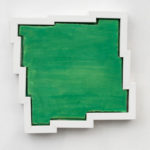